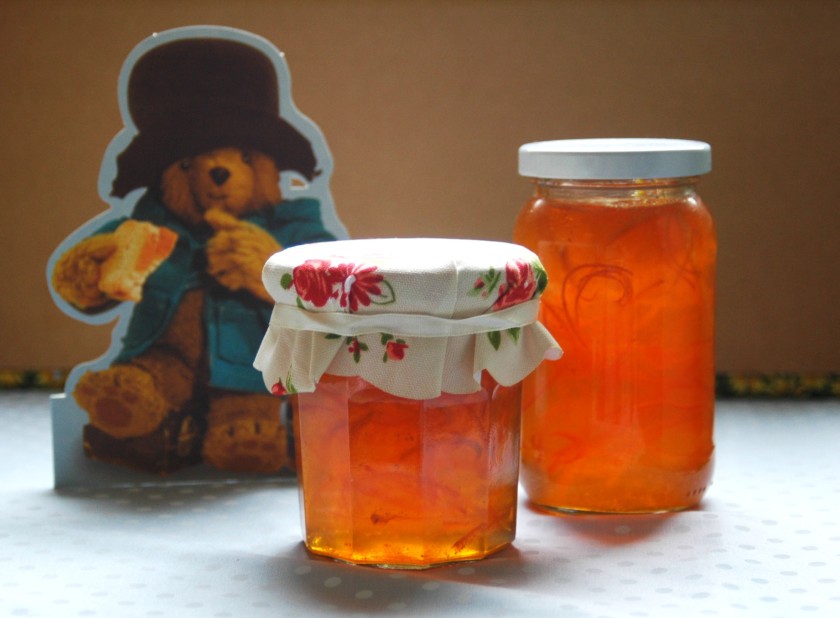 As most of you will probably already know, Paddington is about to be resurrected in a brand new movie with the one and only Hugh Bonneville. You’d be hard pushed to find someone in the UK that didn’t grow up with a slice of Paddington in their lives, which is why he’s such a special bear. So special in fact that the London Borough Market want this marmalade recipe  spread across kitchens (and sandwiches) nationwide in honour of him.

I had an absolute nightmare trying to get hold of seville oranges, they’re one of the only fruits that you can’t seem to get a hold of if they’re not in season. So I substituted oranges for grapefruit and clementines, and docked the sugar a little to balance it out. Other than that I’ve stayed as close to the recipe as possible. If you have a preserving pan, I strongly recommend you use it!

Enjoy getting your paws sticky..

Once ready leave the marmalade to cool for 15 minutes, skim off any last foam and ladle into the hot jars. Cover with waxed disks if using, and seal with lids or cellophane at once – if you have a jam funnel, this is a really good time to whip it out, ladling hot preserves can be a painful situation in terms of spillages, I speak from recent experience.

What’s your favourite thing to do with marmalade? Do you have any special Paddington Bear Memories? Let me know in the comments!