I need to say something before we even begin to talk about biscuits today.

Marie totally shouldn’t have left, it should have been Dorret. Is that super controversial? I mean she used frog cookie stamps for gods sake, a similar crime to not making your own fondant, surely?

I’m not cool with it. Not cool with it at all. Now that’s out of the way though, lets talk about what happened in my kitchen this week.

I’ll start by explaining my totally clickbait headline (how good am I getting at those by the way?). So, I wanted to make biscotti and put ’em in a box made of biscuits, therefore combining two of this weeks challenges because ambition.

I found a Paul Hollywood biscotti recipe and figured I couldn’t not make it, but I didn’t fancy any of the flavour combos. I rejected Paul’s nuts and went for brazil nut and dried cherry. All of the giggling. 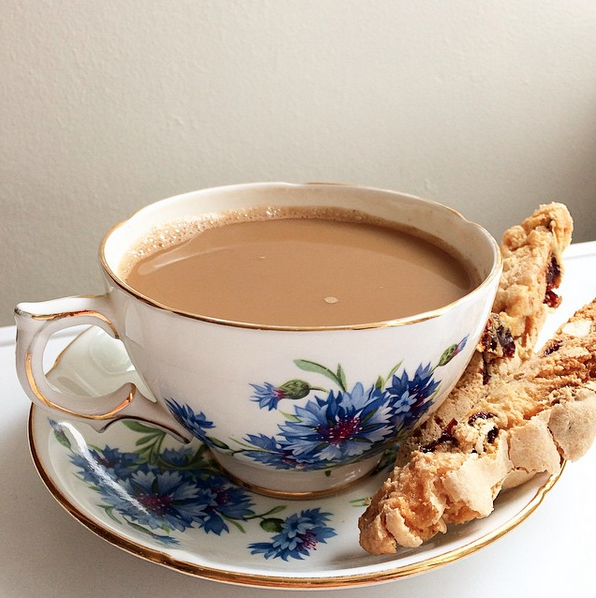 This was my first time making biscotti and I feel like I haven’t 100% nailed it. They taste awesome (really though, try that combo in something) but they’re a little on the chewy side, a little cakey, and they didn’t rise at all in the oven, so they’re long and thin as opposed to the ones pictured in Hollywood’s recipe.

My taste testers were impressed with them though, and they were perfect with coffee. What do you guys think? Should I have done more kneading? Am I being too picky? Let me know.

With the biscotti under my belt, I got to thinkin’ re overly ambitious biscuit box. Boy is this gonna make you laugh. 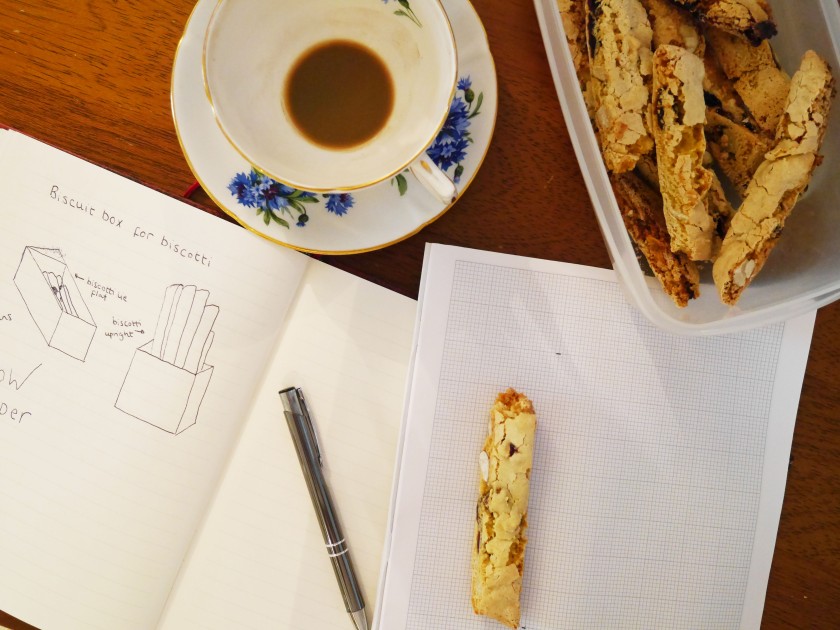 As you can see from my two (only two) very technical brainstormy sketches, I pretty much half arsed the planning side of things. This is probably where my inevitable failure stemmed from.

I knew I wanted to use this biscuit dough (a firm favourite) skipping the vanilla/lime and instead adding almond extract, and end up with a cube shaped box but beyond that, zero plans were made, I just got right into it.

I can’t put this off any longer, let’s take a look at the shambles that was my biscuit box and then we’ll do a post mortem. Try not to fall out of your seat laughing, OK?

Is that a show stopper or what?

It’s like a particularly shocking episode of cowboy builders is what it is. One of those episodes where those dastardly cowboys run off with all the cash before they’ve put the roof on – or built the fourth wall for that matter.

I suck. It was a Saturday night, and I gave up at this point to put my make up on and get some drinking done.

So what went wrong? I have my theories:

That’s this weeks #bakeoffbakealong challenge done. Please don’t leave me forever. I promise I’m a good cook, really I am.

Make me feel better about myself and tell me your biggest baking fail in the comments?