Did you know that the cross in the top of soda bread isn’t there just to look pretty? No, it has a serious job to do, my friend.

It is, in fact, in charge of making sure the devil gets out of the bread while it bakes. I’m both comforted by this, and concerned about how many times I must have accidentally consumed some devil while eating bread that was entirely cross-less. 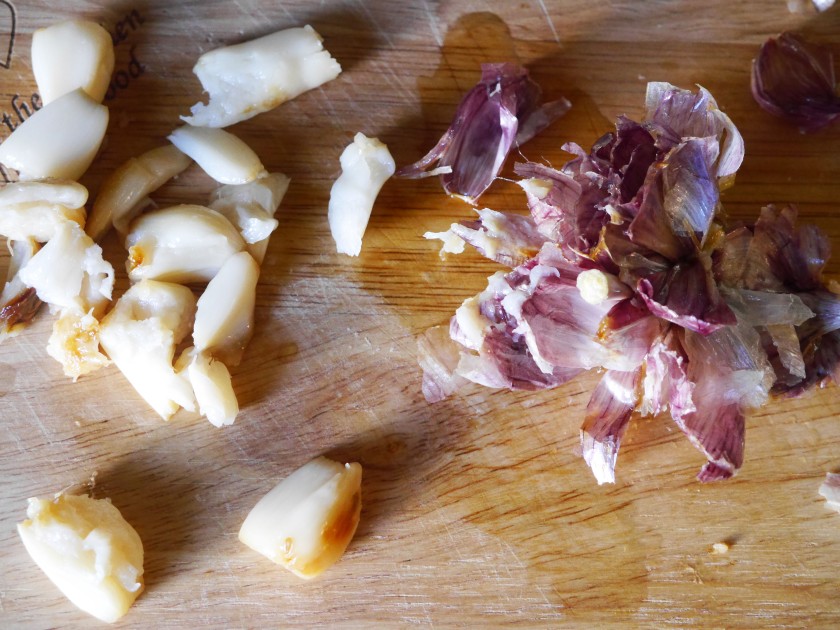 Speaking of Tamal, he’s the baker who really inspired me this week with his soda bread full of “great big hunks” of goats cheese. I was so into that.

I spent an evening trawling through my recipe books for an easy looking soda bread and, rather predictably, found the best one in Leith’s Baking Bible. You should all own this book by the way, it’s a genuine essential.

I’m not going to post the recipe because, you know, copyright law, but it’s on page 238 if you have the book at home and wanna look it up.

I followed the recipe to the letter, then when the dough was kinda craggy I threw in some sundried tomatoes, a whole bulbs worth of roasted garlic cloves, and big hunks of goats cheese.

I was surprised to see that I wasn’t supposed to slash the bread with a knife, but press right down into the dough with my wooden spoon..

I baked it for about 45 minutes and, to be honest, it needed longer. I think I should have increased the baking time by 10 if not 15 minutes because of the filling I added to the recipe. You live, you learn.

The goats cheese appears to have gotten completely lost during the bake – I was hoping for big melty chunks. I think perhaps I should have used more and cut the pieces way bigger.

The flavour of the bread itself though was spot. on. So good. I used an entire bulb of garlic and really I feel like it could have taken even more. Proper decent loaf.

I want to make soda bread again when I’m planning soup, I feel like it would be sensational torn apart and dunked in soup..

What do you lot think, how did I do?