I’ve decided that this is another Christmas brunch recipe. I feel as though it would be appropriate at just about any time of year, but parsnips are in season right now and maple syrup on savoury breakfast food is socially acceptable during the festive period, so this fits comfortably into the Christmas category.

If you’re not a fan of spice, you needn’t add any. The parsnips (particularly organic ones) are bursting with lovely flavour as it is, so you won’t find them bland. I’m just a particularly big fan of chilli and maple syrup on the same plate.

These would be lovely as part of a great big monstrous breakfast (as an alternative to hash browns or potato waffles or whatever bulky breakfast element you might usually serve when you go all out), but I love them with a fried egg on top.

If you’re worried about how healthy these are or are not, might I remind you that it’s almost Christmas? 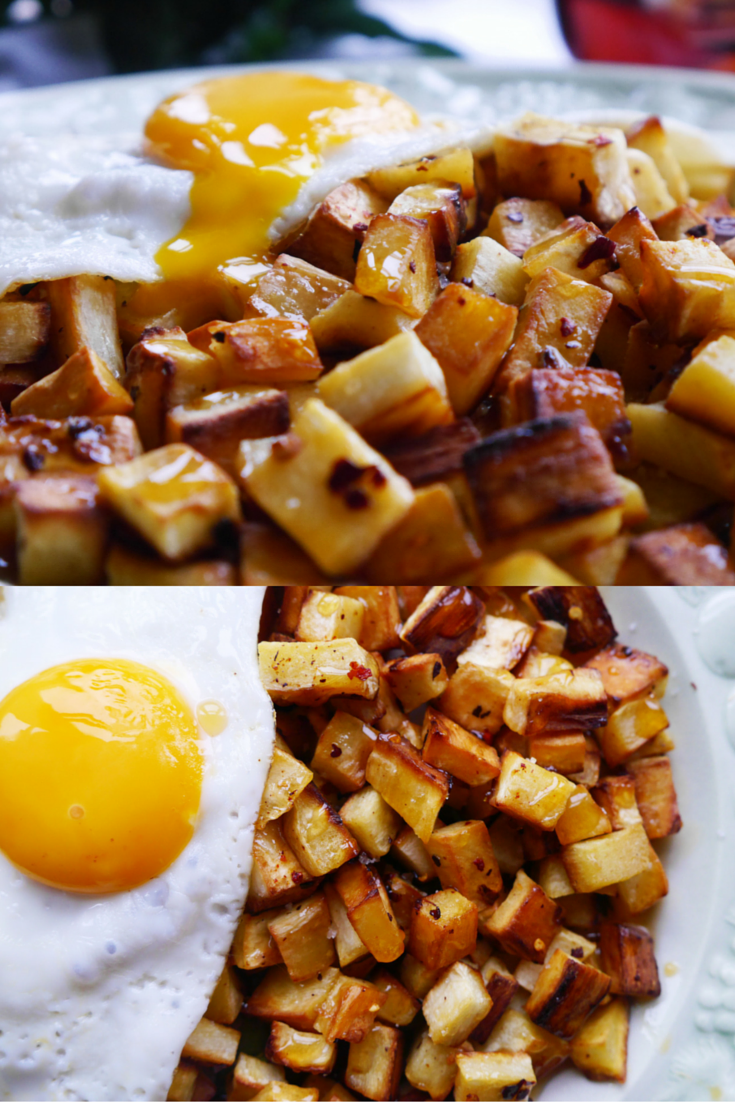 The recipe below serves 1, because I tend to be the only person I’m cooking for at breakfast time, but it’s ridiculously easy to scale up – a medium/average sized parsnip per person is what you want.

One thing worth noting is that your frying pan really does want to be non-stick, otherwise you’re gonna end up in a right mess. Trust me, I’ve made the mistake of trying to recreate this in a le creuset and it wasn’t pretty. Not pretty at all.

2 weekends left in Brighton. Get that fire exit door, I’m off 💗
Wild AND smoked garlic mac and cheese 🧄
Absolutely no one is doing it like halloumi
COURGETTE + PARMA HAM PASTA 🐽 get 75g pasta on to boil, fry half a courgette (chopped into half moons) on a high heat, chop a handful of mint and juice half a lemon. Drain your pasta reserving some of the water. Add the pasta into the pan of courgettes with the ham, lemon, mint, 1 tsp butter and a splash of pasta water 💗 enjoy prinnies!
Loading Comments...
Comment
×
%d bloggers like this: