Does “my final thoughts” sound a bit “this is a suicide note” to you? I wasn’t so sure about it, but I wanted it to sound important enough for you to click on it. How am I doing here, validate my choices please. To clarify: this is not a suicide note.

Shall we just jump straight in to the first of the three areas we gots to talk about?

The general attitude towards vegans

This was one of the most irritating things about the whole process for me. It feels like people are so, so angry with vegans just for the way they’ve chosen to eat. I know that this goes both ways, and we’re gonna touch on that in my next point, but I really want to address this first because I think it’s important and doesn’t really get discussed very often.

If I’m eating something that’s vegan, people seem to be very interested in trying to ‘catch me out’ with how healthy (or rather unhealthy) it might be. Calling out artificial ingredients or telling me that the production of quinoa is somehow worse for the planet than the entire red meat industry.

1) You did not have a problem with me last month when I was eating an entire packet of Doritos after drinking a preposterous amount of vodka the night before, and I can tell you right now that both of those things did way more damage to my body than the unpronounceable ingredient in this packet of generic vegan snacks. So why do you feel the need to hold my health in question today?

2) Please do not presume that the word vegan means anything other than ‘does not eat animal products’. Why do so many people think it means ‘aspiring to be a knock off version of Deliciously Ella’? If I were to eat potato waffles and ketchup exclusively for the rest of my life, I would die a vegan. A very happy vegan.

3) Obviously, any form of plant based eating is better for the planet than the ridiculously high levels of meat consumption that we’re currently seeing. It’s basic maths. If you’re gonna dredge up some dodgy study and try and tell me otherwise, I’m just not going to take you seriously, because you’re ridiculous.

It’s a strange, deep seated fury that people have, and I genuinely can’t see where it comes from besides self doubt. Why go on the offensive about other people’s deal so hard if you’re completely comfortable with your own choices? Lose the attitude and let me eat my avocados in peace.

As you can see, I’m pissed off with omnivores who have weird repressive anger at people who eat kale for fun. But I’m equally pissed off with you too, aggressive vegans of this world. You take the average human who could potentially be swayed towards a gentle trajectory heading for a more vegetable-oriented diet, you call them a murderer and hurl abuse accompanied by pictures of piglets at them, and you make them not want to ever do what it is that you want them to do. You make them want to do the complete opposite.

Another unhelpful thing I see a lot of is vegans saying that movements like Meat Free Monday are a bad thing because they “don’t go far enough”. If the whole world stopped eating meat on Mondays, meat production would be reduced so dramatically. And discouraging people from starting small is. so. stupid.

The way I see it, “vegan activism” is never actually helpful to the cause. I firmly believe that the role of the vegan activist should be to inspire, to educate, to guide. Not to bully, intimidate or belittle. You’ll get much further with someone by giving them some hot tips on building the perfect sexy grain bowl than you will by making them feel like they’re evil because they like a fry up. Stop it, guys. 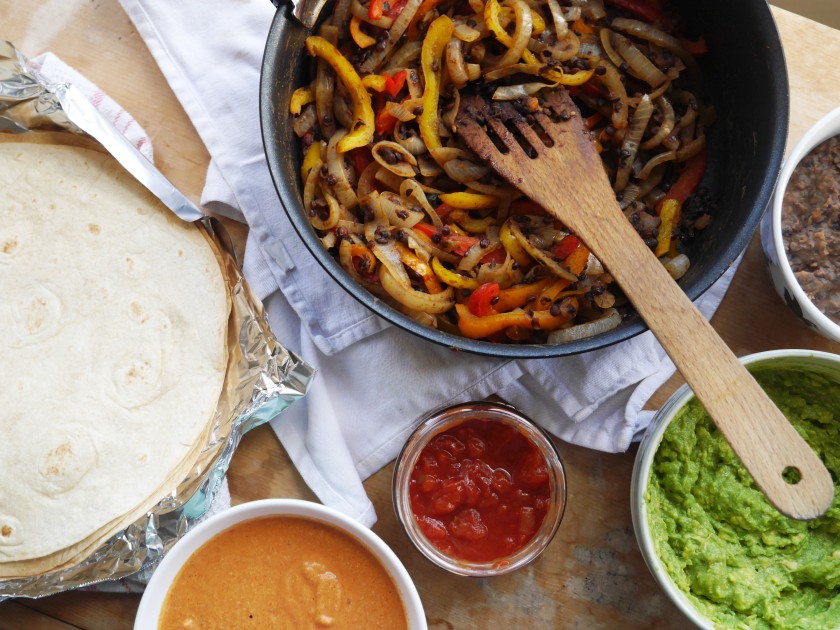 How my eating habits will change

You know, I really can’t say yet. I predict a bit of a blowout in February. I may well order some fried chicken, I’ll probably revisit cheese in a big and passionate way, and I’m very likely to put a fried egg on top of a lot of my meals.

Or will I? I don’t know. Do I want to eat a chicken? Or has Veganuary legit awakened some actual hardcore dedicated vegetarianism in me? I think I’m going to play it by ear. All I know is that after going totally vegan for a month, I find I’m even less comfortable with the inconvenient truths of the animal products most of us consume on a daily basis. I’ve survived 30 days without all that stuff, and without wanting to sound like one of those annoying vegans I was bashing above, is it cool for me to eat loads of cheese just cause “I couldn’t go without it” even though I know it’s come from a mistreated animal? I think that train of thought is going to continue and grow and evolve in a much bigger way past January 31st.

I’m not the only one who’s coming out the other side of this challenge with a new perspective. Both Jack Monroe  and Ioan Marc Jones have vowed to continue the plant based diet for the foreseeable future – both of their articles explaining why are very interesting, I’d read them if you’ve got a second.

One solid guarantee that I’ll be implementing: three vegan days a week. Three at least.

What do you think?

I’ve had so much fun this month, Veganuary has been a fantastic project for me. I’ve learned so much, I feel genuinely inspired, and I feel healthier too. I lost all my Christmas weight (there was 6lbs of it, I put on 6lbs Christmas Eve-Boxing Day, are you impressed?). But I want to hear how it was for you! Have you enjoyed reading my vegan updates and recipes and finds? Do you want to see more? Let me know, your feedback is legit helpful and super important to me.