I’ve been a little quiet on the recipe front in February, as you may have already noticed. There are two reasons for this..

I’m hoping that this is me just about over the hump and regular service should resume pretty soon but if I’m still a little slow on it, be patient with me, I’m doing lots of learning over here. That said, today I have been very very brave and stepped nervously into the world of vegan baking.

I’ve been here before – the world of vegan baking, that is – but this time I’m here for a different reason. Previous attempts at vegan baking have been a foray into a different way of cooking as a result of my casual curiosity. Today, it’s because I really, really, really don’t want to use eggs or butter in anything. I just can’t deal at the moment, the idea of both of them skeezes (not an actual word, apparently, but one I use all the time) me out after all the reading I’ve done recently.

So, if I find myself in a headspace that can’t handle eggs and butter, what in the f*ck am I supposed to do when I get an uncontrollable urge to bake? Googling, that’s what. I made these vegan apricot muffins based on this recipe from Apple of my Eye after desperately searching for a recipe that didn’t involve mashed bananas – I’m saving all my bananas for my current green smoothie obsession (sorry for being that person). 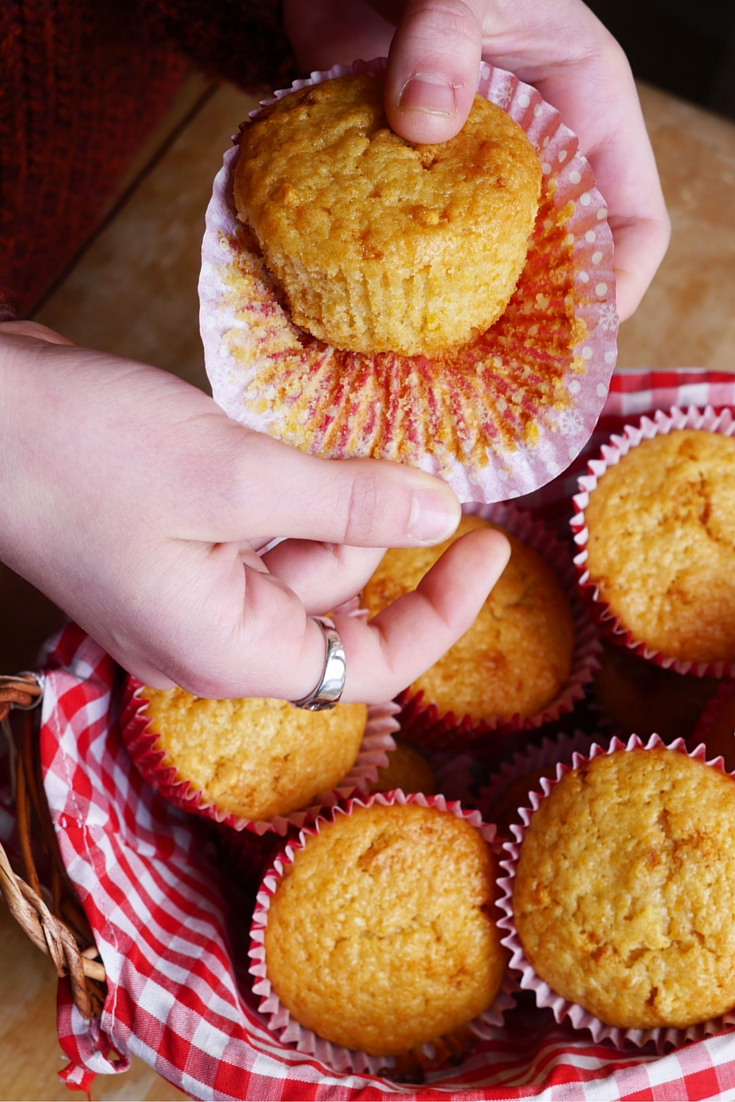 The recipe called for pumpkin puree (because it was autumn, and what doesn’t call for pumpkin puree during autumn, right?) which I did not have to hand. I figured I could puree the dried apricots I keep meaning to use up pretty easily to get a similar consistency, so went down that route. I skipped out all the spices because I wanted to get a stripped back idea of what the vegan muffin actually tastes like. Also I ran out of cinnamon, so.

The verdict? Yeah, they taste like muffins. They look like muffins. They smell like muffins while they’re baking. My sister tried to eat them all. All normal muffin behaviour was present. Score. The only slight difference I can notice is that it feels slightly heavier and not quite as fluffy, which I’m guessing is down to the lack of eggs? That said, if I gave one of these to a friend, I highly doubt they’d take a bite, look up and say “dude, this is vegan”. This means I now have a basic vegan muffin recipe on hand to create a gazillion different vegan muffins in the future. We are all. winners. today.

Recipe adapted from Apple of my Eye

Would you switch to a vegan muffin recipe on the basis that it tastes pretty much exactly the same as a non-vegan muffin? And costs less? I’m genuinely interested in hearing the answer to that question, please do answer it in the comments section if you have a second!

a girl who knows she’s about to shag some roast potatoes
it’s not always a bad thing x
thank u, next 🏡
a different kind of weekend 📦
Loading Comments...
%d bloggers like this: