The word milkshake has meant a few different things to me over the years. As a young child, it was frothy strawberry Nesquik whizzed up in the weird milkshake maker thingie my Nan had in her kitchen one summer. As a teenager, it meant the chocolate milkshakes from McDonald’s (sometimes fries were dipped in there, sometimes not, judge me if you need to) or the million calorie Shakeaways I’d get with my Dad when he came to visit – I believe my combo of choice was creme egg and chocolate hob nob. Just typing that made me salivate, somebody remind me to get a Shakeaway next time I’m in town please? Thanks.

Now that I am a terrible, boring grown up, milkshakes mean something along the lines of what we’re talking about today. A plant based milk blitzed with some fruit or something equally inoffensive. They’re still delicious, they’re just less likely to give me a heart attack and/or sugar come down. Plus, I can totally have these every day because I’m pretty sure they’re not bad for me. It’s a win win win win.. win.

OK so maybe I put in a little more than the recommended daily allowance of peanut butter (and I’m sure there is one of those) but it’s all plant based and there’s no added sugar so.. it’s totally fine, right? Just humour me if it’s not because I really don’t need to know. 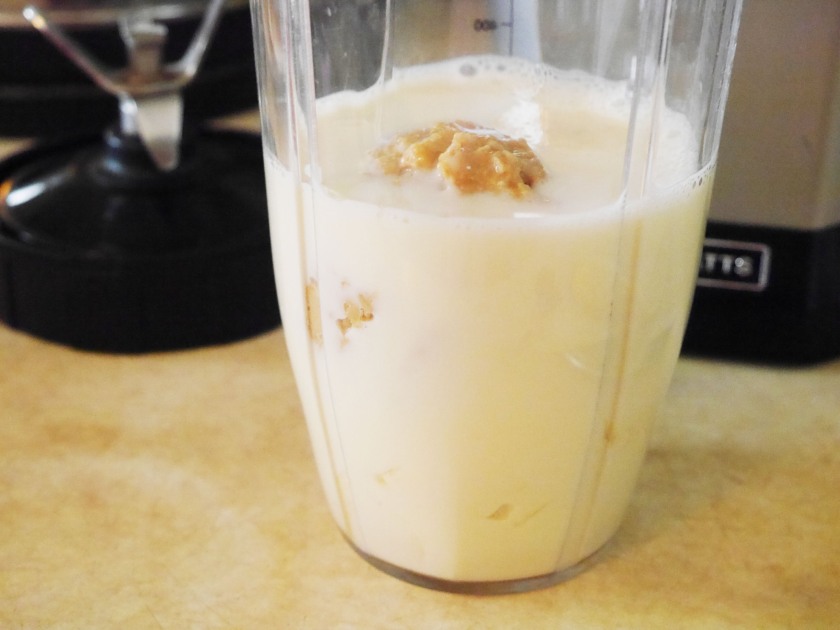 The soya milk I’m using at the moment is the Asda own brand sweetened version. I’ve tried the unsweetened and it kinda tastes weird to me, so I’m sticking with the blue carton. It tastes pretty good and saves me enough pence to be worth the jump from Alpro. Also, if anyone’s interested, the Sainsbury’s own tastes good too. Just to throw that out there.

I tend to put the banana and peanut butter into my blender cup thingie and then just top with soya milk so that they’re just covered, that to me creates the perfect consistency. But muck around until you find what works for you.

That’s all I’ve got for you today, stick around this week because I’m hopefully (finally) going to be writing about my phoneless experiences and I think that’s a post that will be 100% worth your time. Byeeeee.

A nice day for eating
Big fan of Whitstable personally x
Happy Pub Day Eve to all those celebrating 🍺
I think if it was a Saturday night you’d have steak with peppercorn sauce and a bottle of seccie for no good reason wouldn’t you
Loading Comments...
Comment
×
<span>%d</span> bloggers like this: