I’ve said it before, and I’ll say it again because it’s always relevant: my best recipes are always completely unplanned and born out of a desire to use up a few ingredients to make room in the fridge, or more often than not these days a desire to use whatever small amounts I have in to avoid having to go food shopping in my lunch break.

I wasn’t expecting this to be anything all that special. This was half an avocado that I’d forgotten about at the back of the fridge from last Monday night that somehow hadn’t rotted beyond recognition, the tiny little portion of peas that had been clogging up my freezer drawer for too long and feta that had seen better days. But my current obsession with turning pretty much everything into something frittery (see: dill sweet potato cake) turned those wholly unimpressive ingredients into a lunch worth telling my friends about. Which is what I’m doing right now. 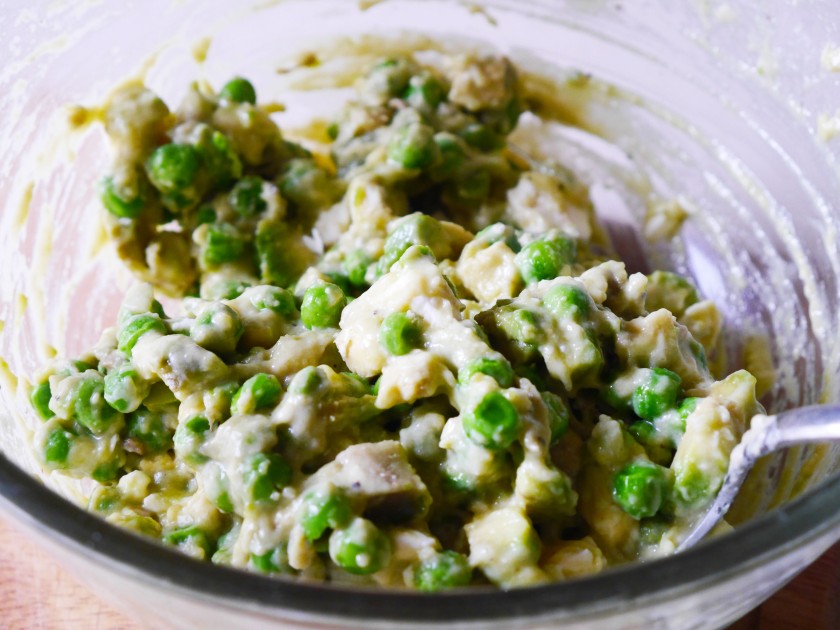 This probably isn’t healthy, but it contains two different green things and Nigella once said that food absorbs less fat the more fat it’s fried in, or something to that effect. And I’ll be clinging to that quote (that I may have completely made up) for dear life.