Zizzi made waves in the vegan community early in 2016 by being the first UK chain restaurant to offer vegan pizza complete with vegan cheese (many pizzerias offer tomato bases and toppings as their dairy free options as standard). As someone who takes a keen and genuine interest in the developments of veganism across the country, I thought this was an excellent move on their part and vowed to head down and shout about it as soon as possible. Of course, it was months and months later (last night, in fact) that I actually made it. 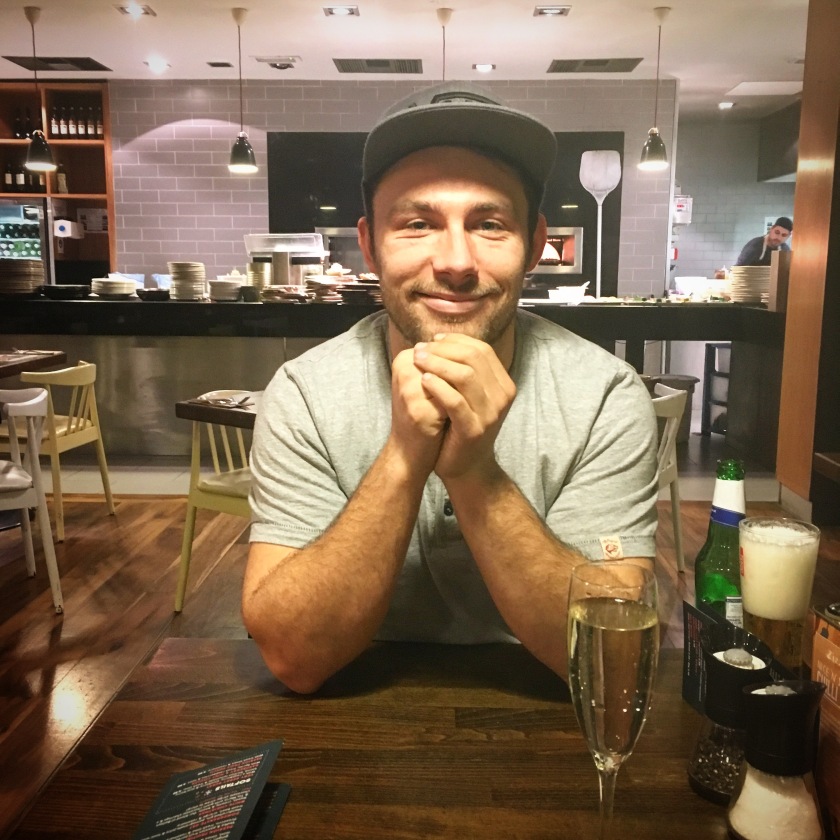 As soon as we were sat down, I rather timidly asked the waitress if there was a “special menu” for the vegan options. I genuinely expected a dirty look or dismissiveness or a sense that I was being difficult or irritating. Much to my surprise, she didn’t even bat an eyelid, and popped off to get me the special dietary requirements menu, turned to the page titled ‘vegan’ and cheerfully placed it in front of me. That was all a lot less dramatic than I was expecting it to be. I think my fear of saying the word ‘vegan’ in a restaurant is perhaps irrational. Props to Zizzi.

Your options as a vegan aren’t limited to the vegan-cheese-clad pizzas, they’ve got pasta covered too, and even dessert is on the menu. I’m hoping they won’t mind, I’ve taken a screenshot of it from their website to paste below, as I think it rather impressive in its extensiveness. 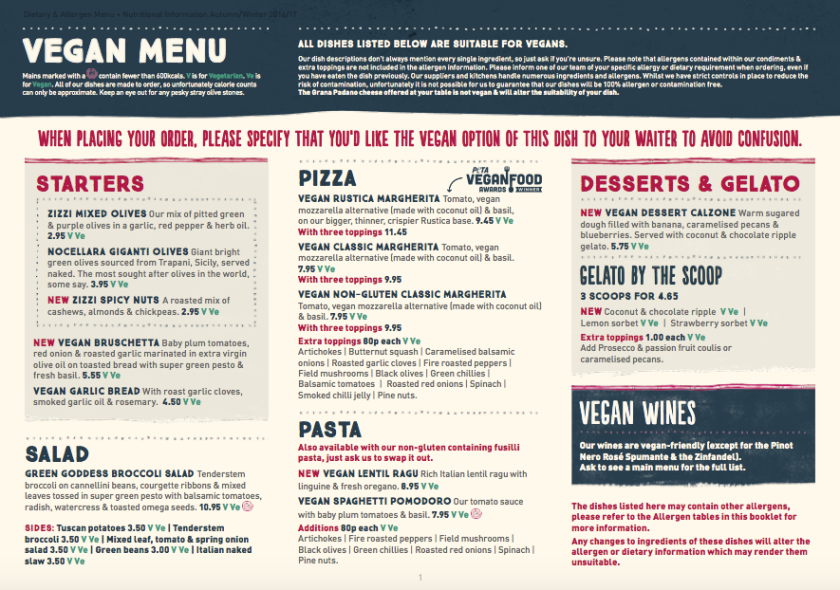 As you can see from the picture, and as I remember from my last vegan pizza experience with Purezza, vegan cheese does not look or taste like mozzarella. However, it helps to create a chessy-pizza-like experience that is genuinely enjoyable. No, it’s not stringy and greasy and delicious like your old favourite might be, and I’ll not now nor will I ever pretend that it could be, but it really is a top notch substitute.

For £9.95 you can choose three toppings and I went for chilli jelly, roasted garlic and green chilli. It was texturally so on point, and that flavour combo is the bangers even if I do say so myself. I was going on and on about how pleasantly surprised I was for the rest of the evening. In short: I recommend it, whether you’re a vegan or a curious omnivore – especially due to how little fuss it is to be catered to as a plant based eater there, which I know isn’t an experience that’s mirrored in other chains across the UK.