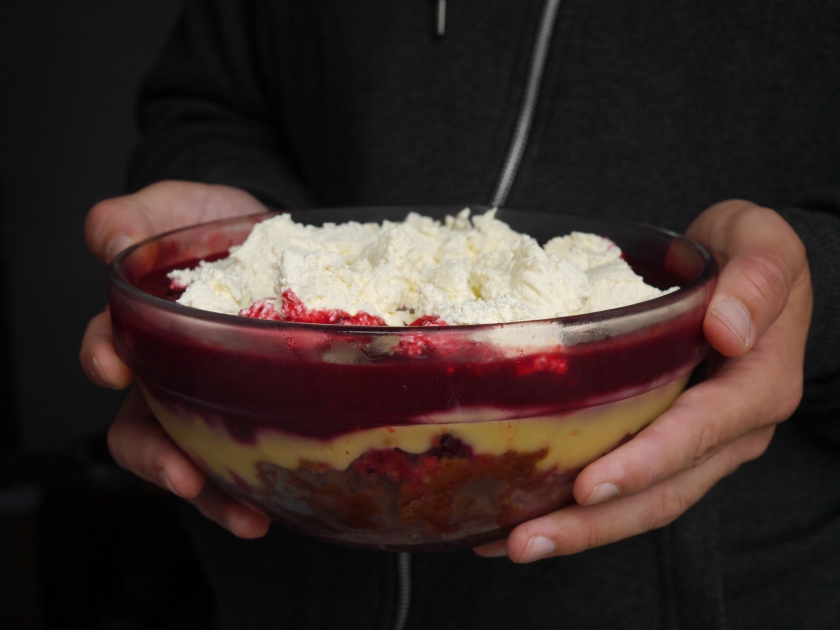 This weeks bake along was a monumental flop from start to finish. I’ve failed this hard before, I’ll fail this hard again. Nothing new here – and I happen to know that you love it when I fail far more than when I turn out something star baker worthy, so I’ll not be too cross with myself for I do so love to entertain you. Let’s have a look at a step by step replay of everything that went wrong, shall we? Delightful. Here we go.
I’d say this “trifle” was destined for terribleness when I initially wrote off making it at all, because I was worried I’d sit and eat it all in one go and that’s not something my ever expanding waistline can really handle at the moment. Tom insisted, and said he’d eat it all if I didn’t want to, and if you’ve seen his face you’ll know it’s incredibly difficult to say no to. The point I’m making here is, my heart wasn’t really in it from the offset, I just wasn’t really in the mood to do a trifle. So that’s thing that went wrong number one.

Thing that went wrong number two occurred when I realised that I didn’t have enough eggs to make the madeira for the base, but made the madeira for the base anyway. Obviously that wasn’t going to work. Obviously, using one egg in a sponge recipe that requires two was going to result in a sunken, unrisen, disappointing cake worthy of nothing other than the bin. I know this, yet did it anyway. I don’t know why. Thankfully, Tom was at the shops at the time and could pick up some extra sponge – I say thankfully, but there was really no saving this so he might as well not have bothered, really. I’m grateful all the same.

Then came the jelly bit. I cooked up some frozen fruit, blitzed it and added gelatine. I put it in the fridge to chill until “just about to set”. I waited hours. No setting, not even a hint of setting. Liquidation all the way. Evidently, something had gone wrong – the third thing to go wrong, in fact.

So I thought fuck it, I might as well try and finish the job with good grace. I’m sure I can turn out something edible. I moved onto the custard. Bit of custard powder, bit of sugar and some milk, lovely. This did not go wrong, I actually did it very well. However, when I layered it on top of the sponge I didn’t wait for long enough to add the unset “jelly” mixture on top, and it broke through the custard in loads of places. So even the custard didn’t escape from a thing going wrong. That’s four things that have gone wrong now.

At this point, I knew there was no saving the wretched thing, but I figured I might as well finish it off with some whipped cream so I could take a picture. The fifth thing that went wrong? I overwhipped the cream, because just of course I fucking did. What a day. I hereby consider myself kicked out of the tent. Unfortunately for you, that does not mean I’ll stop. See you again next week. 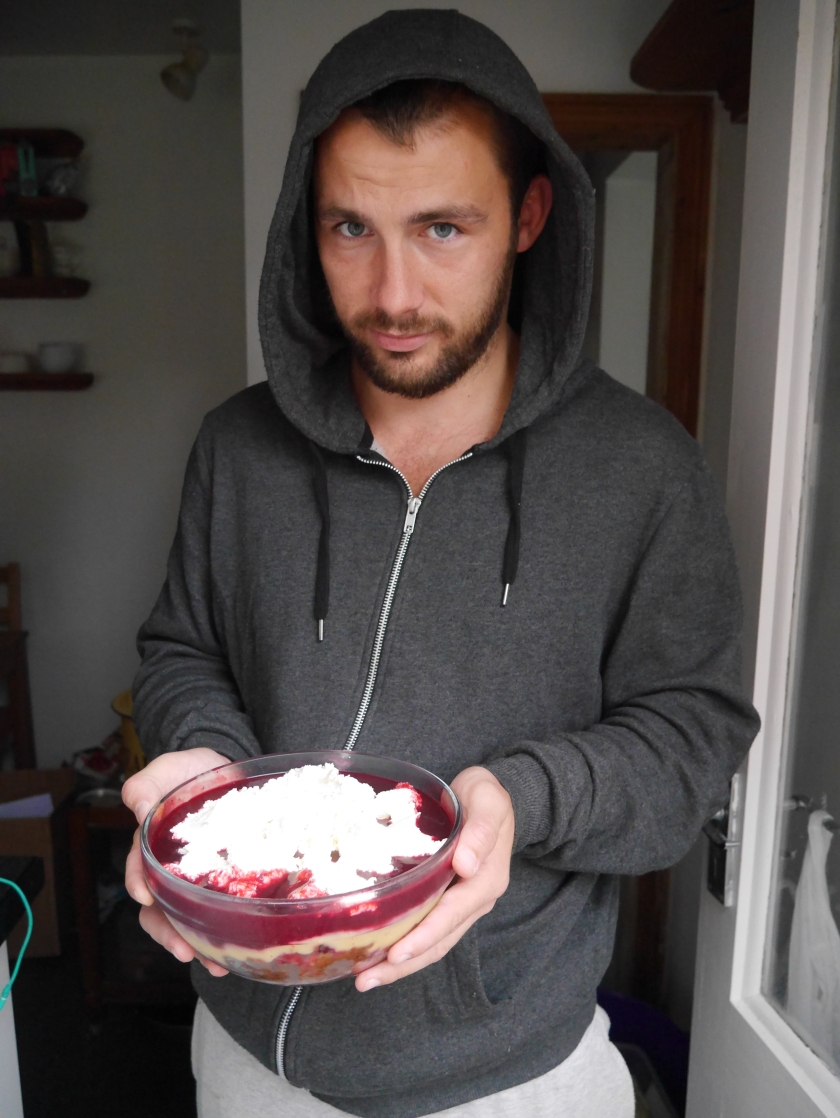 a girl who knows she’s about to shag some roast potatoes
it’s not always a bad thing x
thank u, next 🏡
a different kind of weekend 📦
Loading Comments...
%d bloggers like this: