We have a problem

‘Tis the season to waste woeful amounts of pumpkin, according to statistics I’ve read recently. According to The Independent, we throw 18,000 tonnes of edible pumpkin flesh in the bin every Halloween – equating to the weight of 1,500 double decker buses. Hubbub have discovered through their research that if all the edible pumpkins thrown away were to be saved, there’d be enough to make a bowl of pumpkin soup for everyone in Britain. That is really not cool, and we 100% need to do better. 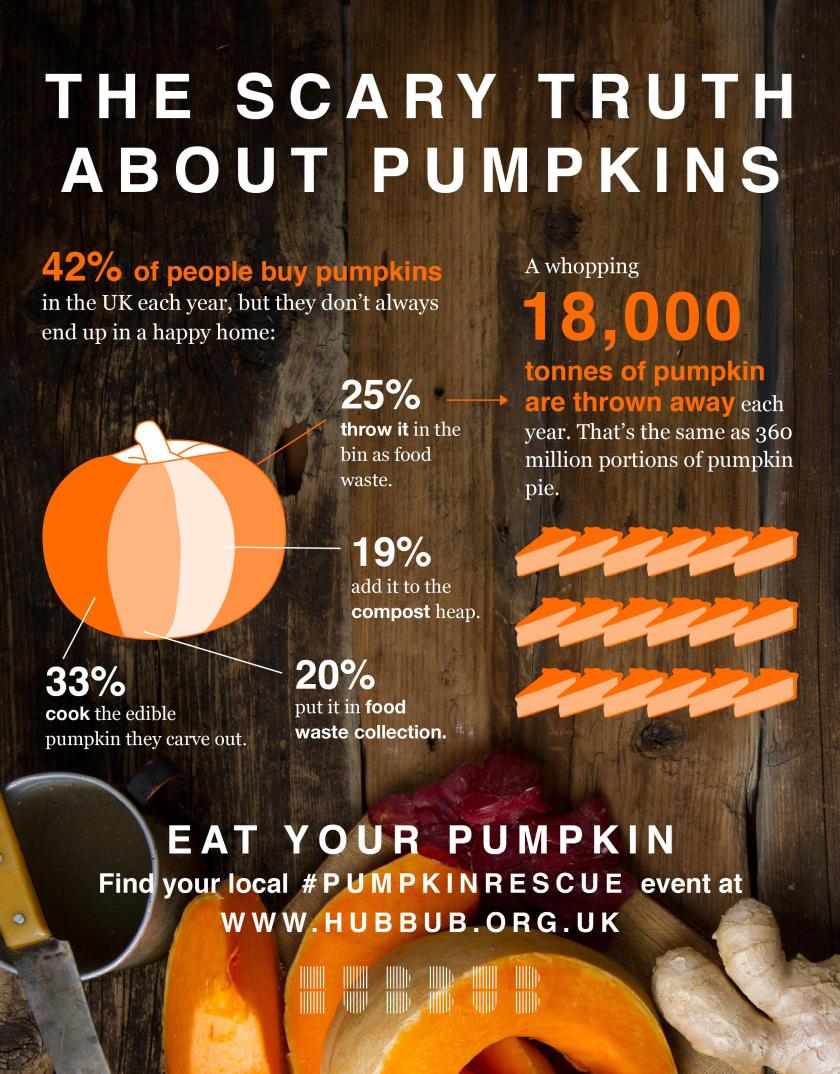 So, what do we do about it? It’s kind of a tricky one. I’m absolutely not going to tell you to ditch pumpkin carving in favour of shitty plastic glowing pumpkins that get used for five minutes and spend the rest of eternity static in landfill, because that is a far worse problem in my opinion.

I’ve also noticed special ‘carving pumpkins’ on the market now that are built specifically to be wasted – by which I mean their flesh is useless nothingness that isn’t edible at all anyway. I actually bought one of these myself without quite realising what it was, expecting to be able to use the flesh, but was unable to. I don’t know exactly how I feel about these, but I think they’re probably contributing towards wastefulness too, so won’t be buying one again. I’d be interested in your thoughts on these.

So what do we do?

I myself have bought a couple of pumpkins and small squashes this year to feature in my autumnal food photography. It’s a common move, pretty much all of us make it. However, I’ll be making sure that I cook those babies before they start to go on the turn, and that’s something my fellow bloggers should be mindful of, too. 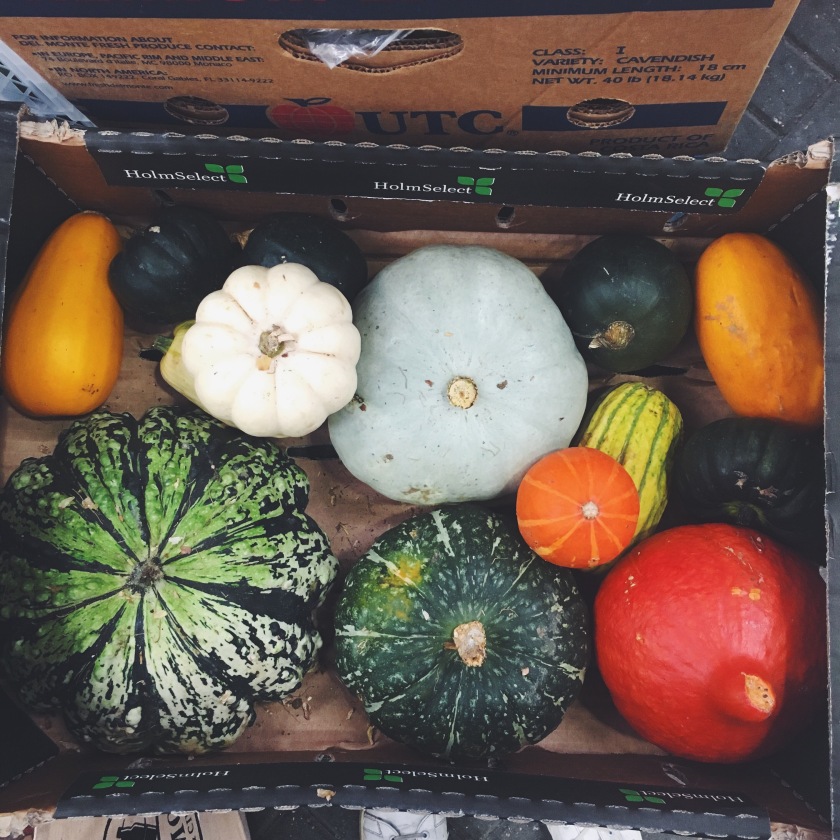 I’ll be posting a quesadilla recipe tomorrow or this pumpkin and pecan warm rice salad was a firm favourite of mine a couple of years back. You can quite simply blitz roasted pumpkin to turn it into a lush puree that I’m sure will be far superior to those you can find in a can. You can make soup. You can make pie. You can make Mike’s pumpkin brownies. You can make Emily’s pumpkin donuts.

Recipe ideas are not really the point of this blog post. See, if you’ve taken the time to read this, you probably already know that we shouldn’t be wasting precious pumpkin flesh, and you already know how easy it is to make pumpkin soup. My challenge for you on this installment of food waste hacks is to talk about it. Bring this topic up, it’s important. Chat to your mates at the office about what they’re doing pumpkin-wise this year and suggest some recipes. Better yet, make something delicious with surplus pumpkin and feed it to people thereby demonstrating how worthwhile an endeavor it is to save that flesh.

Big, seasonal food waste topics like this open the door to communication amongst us all about the broader issue of food waste all year round. So let’s strike up those conversations and get our friends involved in the fight against food waste. The more people are aware of the scale of the issue, the more people will look to change their behaviour so as not to contribute.