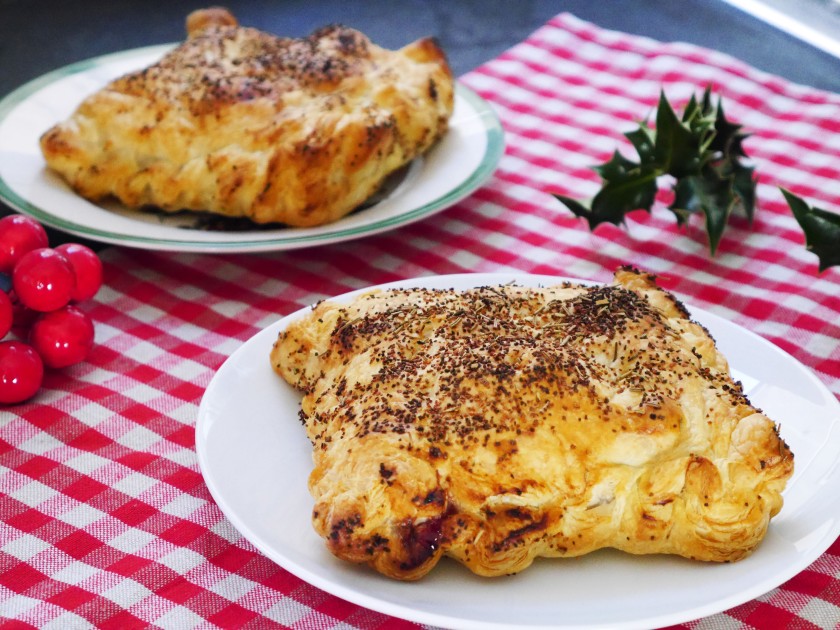 If you can resist a Greggs festive bake then you’re a better man than I. They’re delicious. I mean it’s just Christmassy beige mush wrapped in flaky pastry, but that is exactly what I’m looking for at this time of year, and they do it so well. We recently discovered that Iceland are now selling frozen festive bakes to cook at home, so I thought it was probably time I tried to make my own version of these things before I gave in to temptation and turned my entire freezer into a Greggs shrine.

I didn’t want to make an exact copy of the festive bake though because I’ve very much made it my mission this year to vegetarianise as many Christmas classics as I can. I want to prove that while meat is arguably delicious, it’s not essential for deliciousness – even in December. It’s also super helpful for me to lean towards vegetarianism in December to make Veganuary a little easier next month..

I’ve used brie as the cheesy element here for no reason other than it was what I had in the fridge. I think I can quite safely say that this recipe will be just fine if you sub it out for whichever cheese you’d most like – it’d be particularly delicious with stilton, for example. 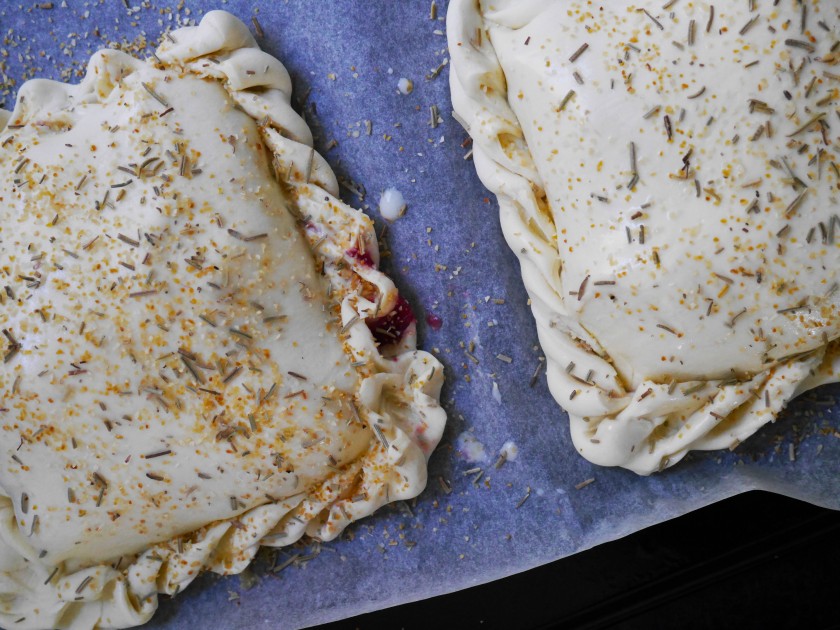 This is a great way to get yourself geared up for Christmas, but it might also be worth bookmarking for just after Christmas – wrapping leftovers in pastry is an excellent way to use them up.

a little milk or eggwash

P.S – in case you were wondering, this isn’t a covert advert for Greggs, they’re not affiliated with this blog post in any way at all.