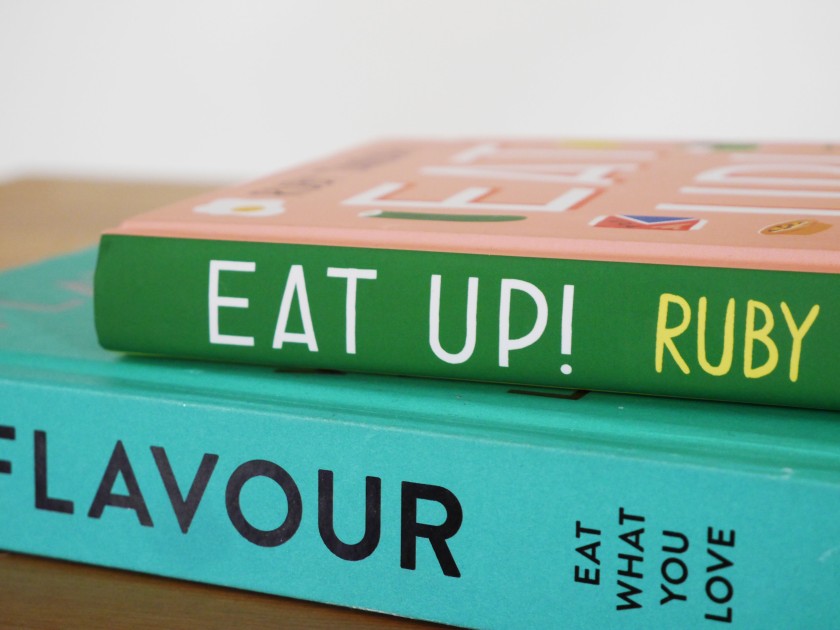 I often wrongly assume that everybody I speak to will know who Ruby Tandoh is. Do you ever do that? Love and respect somebody you’ve never met so much that you imagine everybody else in the country must feel the same way about her?

I’ve confused friends, family, unsuspecting colleagues and strangers in the street by yammering on about Ruby without first giving her context, because I’m so used to her that I forget she might sometimes need it.

I’m trying to work on that, and so will remind you at this point that Ruby Tandoh first came into the public eye as a contestant on the Great British Bake Off. Back in its BBC glory days, Ruby didn’t win but came pretty damn close and had me (and my Mum, if I remember correctly) fall a bit in love with her in the process.

She’s since turned out to be a bit of a legend, all in all. Her social media presence has a huge focus on mental health and the importance of looking after it – she even released a zine to that effect called Do What You Want – and she’s not afraid of going against the grain in this new world of food writing that’s so focused on ‘health’ and ‘wellness’. She’s bringing the love and the joy back into eating, and she doesn’t care who knows it.

Ruby’s published three books (she’s 25, by the way) and the title before this one, Flavour: Eat What You Love, was a mainstay in my kitchen for a while after it came out. Eat Up is the first of Ruby’s books that isn’t really a recipe book at all. It contains a smattering of recipes every few chapters, but that’s not what this one’s for.. 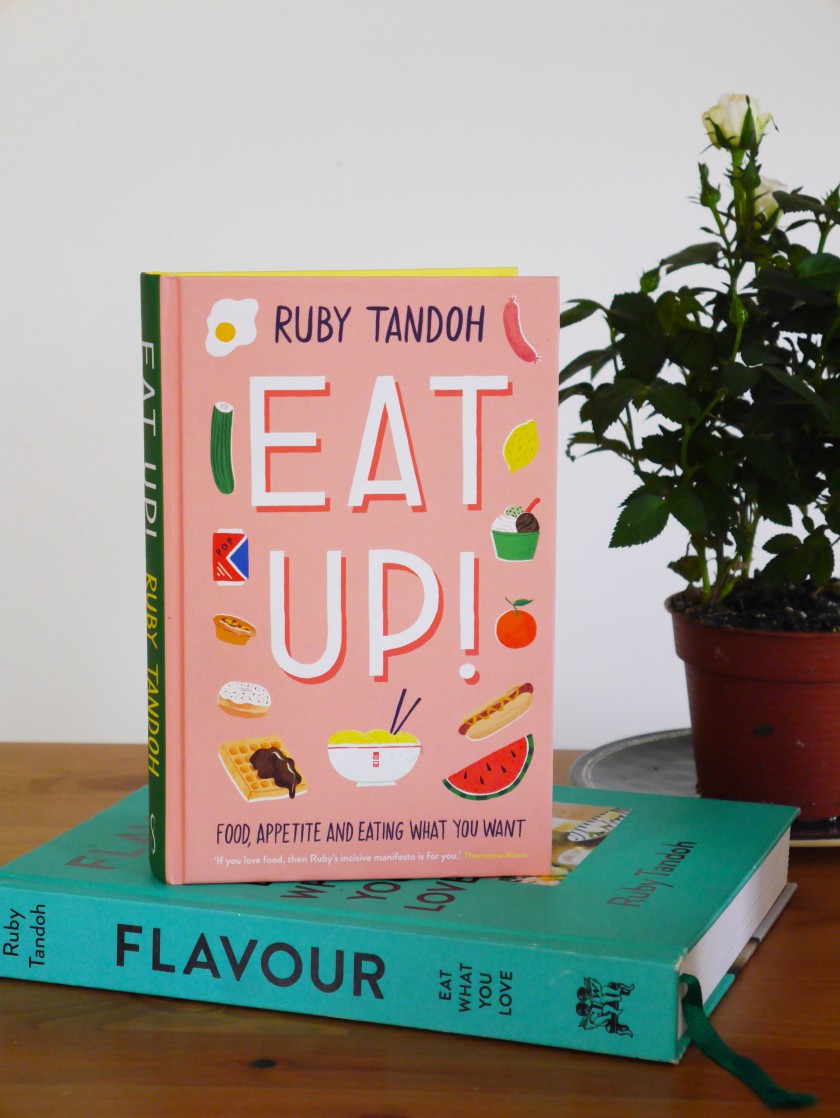 I don’t know how best to describe Eat Up. I loathe to say it, but to me it ended up taking the shape of a self help book. It was a great big long love letter to food and an unabashed ‘fuck you’ to the individuals and corporations that have historically and do currently profit from making us feel shit about what we do or don’t eat.

It made me examine prejudices that I’ve internalised from years of trying to fit in with the big name food people on the internet. It gave me permission to take pride and joy in what I cook and eat despite the fact that it comes not from the fanciest of farmers markets but from the Super 6 section at ALDI on London Road.

Several times, it felt quite simply as though Ruby was reaching out to me through the pages, grabbing my hand, looking me dead in the eye and saying “you can eat whatever the fuck you like, you know – and enjoy it, too”.

Ruby calls people out – by name, even – for their damaging behaviour in the food world. The Deliciously Ellas, the Tom Kerridges (much as I hate to admit it, he too is guilty of pedalling diets), the Belle Gibsons. She comes for diet culture and she wins with her hands behind her back.

McDonald’s and supermarkets and other food institutions that are absolutely flawed but used by the average person are, of course, discussed. Rationally, calmly, reasonably, and most importantly of all in a way that doesn’t vilify us for enjoying the value of a cheeseburger and the convenience of a superstore.

This book is going to take you on a guided tour of every shitty element of the way we talk about food and smooth it out, unpack it, gently reverse its grip on your mind – but it’s not going to stop there. It’s going to make you fall in love with food (all of it) all over again.

That’s not something I even realised I needed to do until I’d read this book. I thought I – super chill and laid back eat whatever you want person – was immune to the messaging we’re continually bombarded with about what’s good (see also: nourishing, clean, pure) to eat and what we mustn’t eat. But it must have been niggling at me somewhere because by the last page, a load had been taken off.

Eat Up has given me so much. I’ve truly begun to enjoy food even more, and with reckless abandon. It’s allowed me to romanticise and appreciate the food I actually do eat all the more, not the food I think I should probably be eating.

If you’ve ever lost your appetite thanks to an article you’ve read, an Instagram post you’ve absentmindedly digested or a wellness craze your mate told you about, this book is for you.

You can buy Eat Up on Amazon, but I’d recommend checking out Hive as an alternative if you’re able to part with an extra quid, because they’re a really cool bookseller that supports local bookshops.