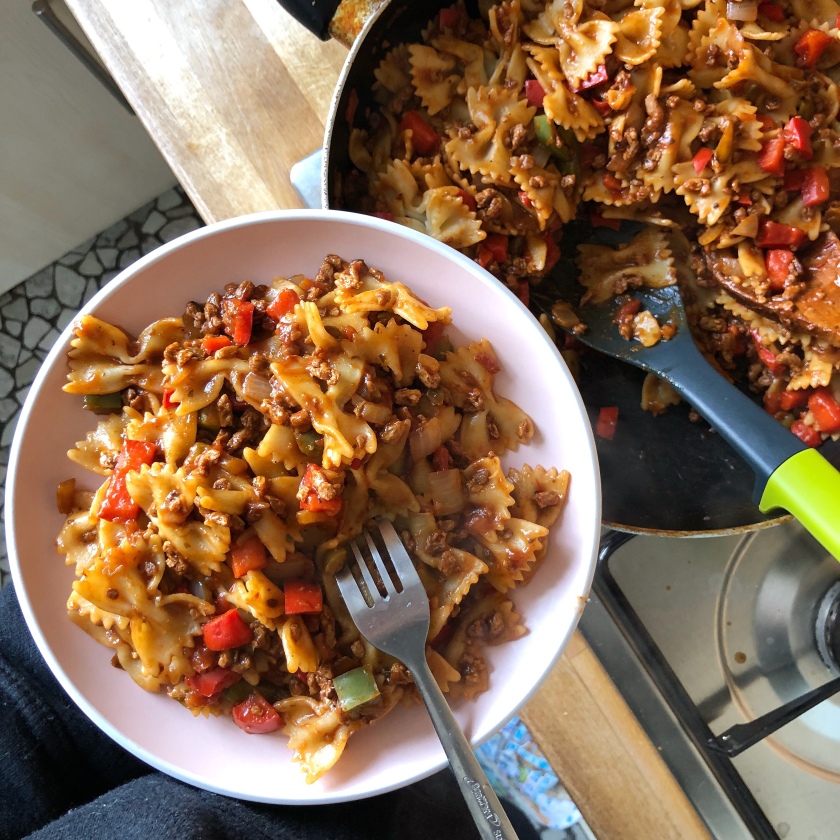 Coming up with quick, easy, repeatable weeknight meals that don’t contain meat or dairy can be a massive ballache. It’s a large contributer to why I haven’t taken the plunge into actual proper vegan yet.

Therefore, whenever I happen upon one, I’ll do my level best to share it with you. This vegan cheesy pasta from back in January is dinner for me at least twice a week, so be sure to bookmark that one too if you share in my plant based dinner inspiration struggles.

This recipe yields enough for one portion for you for dinner tonight and three portions boxed up in tupperware for work – all for well under a fiver. One of the major positives to chilling out on the meat and dairy front.

If you’ve never used Old El Paso fajitas mix outside of its meal kit context before, you haven’t lived. That stuff is like gold dust, and deserves its own place in the kitchen cupboard alongside your other staple spices.

The best vegan mince I’ve tried to date is ASDA’s own brand soya mince, found in the freezer section next to the Quorn stuff (which, for the record, is not vegan.. last I checked).