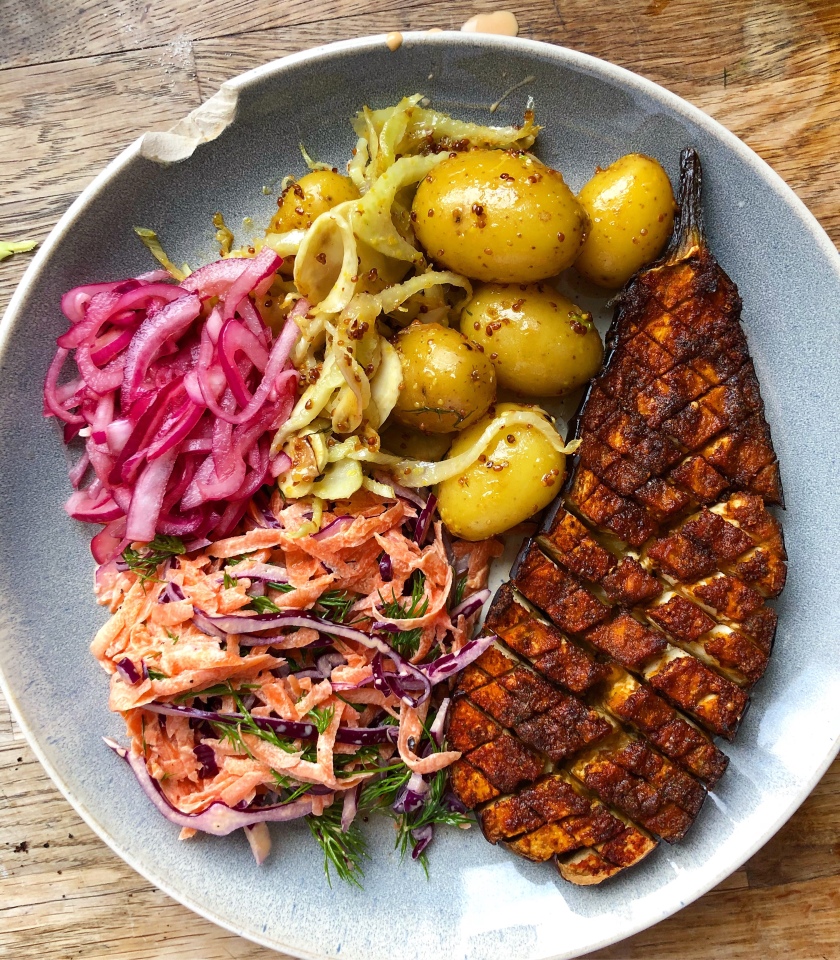 There’s no direct replacement for meat come BBQ season, I myself am preparing to cave on the mostly-plant-based front as soon as it’s sunny enough to take hot coals down to the beach and smoke out anyone in a 5 metre radius. There are, however, several worthy alternatives. Aubergine is one of them.

It’s a naturally smoky vegetable, and one that gratefully absorbs any flavour you introduce it to – making it particularly susceptible to a good BBQ rub. I was in the mood for a fancy one (feel free to recommend if you have a fav) but ASDA had only the Nando’s Peri Peri BBQ rub to offer, which did me just fine. 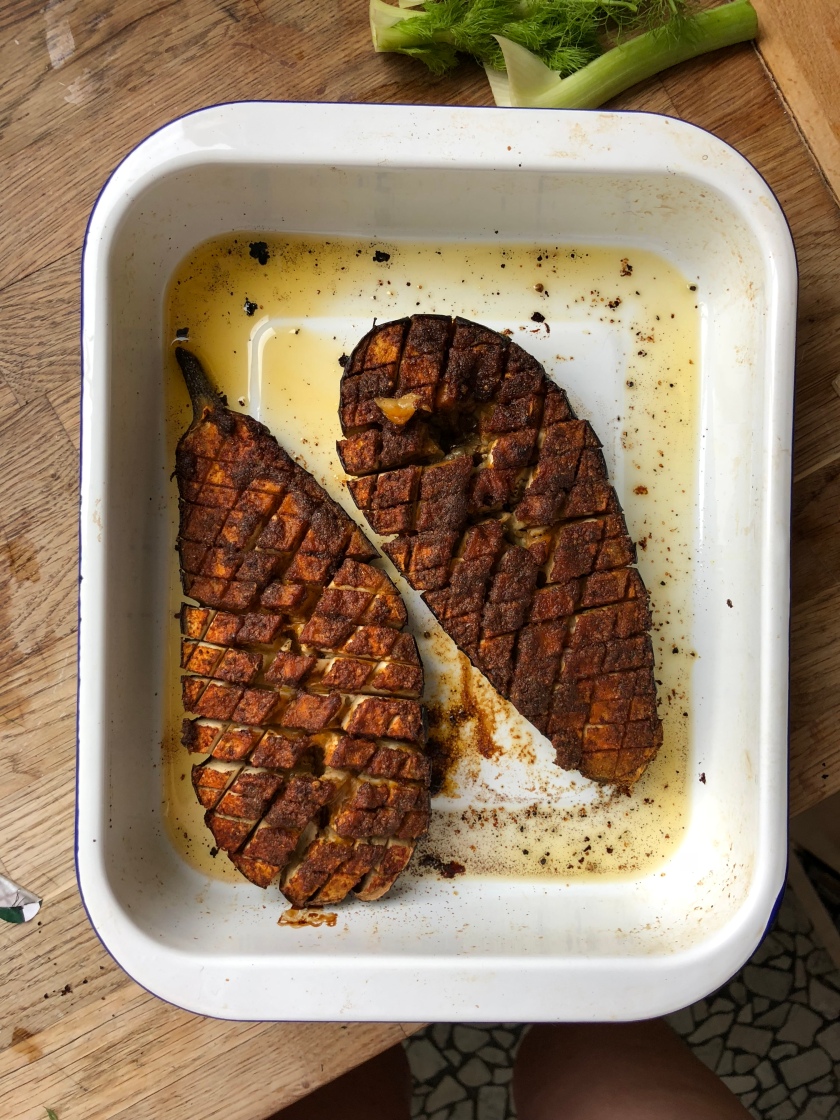 Score as deeply as possible without cutting through the flesh for best results, and remember that aubergine’s a bastard for absorbing oil – so you’ll need more than you’d need for any other vegetable you’re used to baking in this way.

For each salad-y thing you can see pictured in the featured image, I’ve included brief instructions and method after the main recipe.

Chop 1 bulb fennel finely and fry in butter with a few cloves of sliced garlic. Add cooked new potatoes, 1 tbsp honey and 1 tbsp mustard. Continue to cook until potatoes get a little sticky.

Cover chopped red onions in salt and sugar, then pour over red wine vinegar. Set aside until finished cooking, drain and serve.

Add mayonnaise, salt and pepper to grated carrot and finely sliced red cabbage, as well as a few fronds of dill.